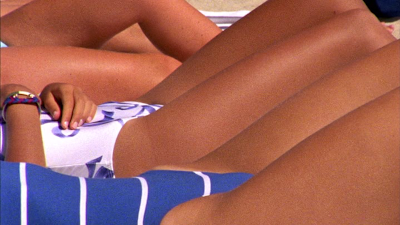 
In The Windmill Movie, we get a film that is totally narrow in its focus — the product of a filmmaker at his most self-absorbed — and yet the film itself is broadly thought-provoking about its medium, and the questions of authorship and authenticity that many critics and scholars have grappled with. Can images, even those in a documentary, ever be considered truth on celluloid? Who is the author who is ultimately responsible for what ends up onscreen?

In some ways, the author of The Windmill Movie is undeniably Richard P. Rogers, an experimental and documentary filmmaker who labored longest on an autobiographical film. He tried a number of methods over 25 years, including filming himself, filming actors (including Wallace Shawn) playing himself and his friends and family, and simply filming the world as he saw it, in a diary style reminiscent of the work of experimental cinema pioneer Jonas Mekas.

And yet, Rogers didn’t direct, write or edit this film. That would be Alexander Olch, who worked with Rogers near the end of his life. After Rogers died in 2001 from brain cancer, his widow, noted photographer Susan Meiselas had Olch wade through 200 hours of footage to craft the film. Whether this is what Rogers himself would’ve come up with, we’ll never know, but Olch has created a fascinating study of a frustrated artist.

Rogers isn’t the most sympathetic figure, and he complains to the camera often — about his lack of success, his inability to commit, his privileged background and the guilt it causes him. When he turns the camera on himself, the effect is an unblinking look at the raw regrets of a life. Other footage compounds the pain, including Rogers’ fur coat-entrenched mother, and her open disapproval, and Rogers’ own philandering ways despite his love for Meiselas (who he only married after he knew he was dying.)

But interspersed among all that are moments of pure cinema, shot with an undeniable artist’s eye, as Rogers’ cinematic depictions of his life in the Hamptons and vacations to Latin America fill the frame. Expressive images of late afternoon lawn parties and ruddy, sun-soaked bodies lying on the beach imbue the film with a lyrical, entrancing feel, like that of a great experimental film. In a way, these moments give the best autobiographical picture of Rogers — far more than any of the disappointments or failings we see elsewhere.

The DVD of the film includes two previously unreleased short films by Rogers, Elephants: Fragments of an Argument and 226-1690 (The Answering Machine Movie). A booklet with an essay by Scott Foundas is also included.