Life During Wartime — The Criterion Collection 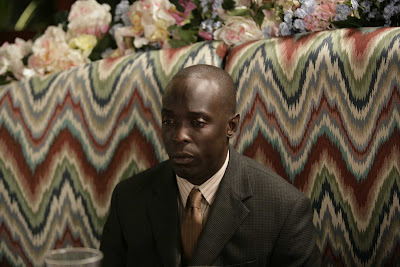 The Film
Todd Solondz doesn’t pull any punches when it comes to his depictions of the idiosyncrasies and shameful secrets of middle-class Americans. He steps way beyond the line that most filmmakers would consider on the border of taboo territory, matter-of-factly portraying uncomfortable topics like pedophilia and child sexuality not just with boldness, but with humor. Solondz has a masterful grasp of black comedy, precisely targeting the rotten core of human foibles while overturning comic possibilities most people wouldn’t dare even to think about.

With his latest, Life During Wartime, a sequel of sorts to 1998 masterpiece Happiness, Solondz displays a more overt compassion for his characters than we’ve seen before. The film’s dominant theme is forgiveness, and nearly every scene gives us new perspective on the characters introduced to us over a decade ago in Happiness.

That new perspective largely comes from the fact that each of these characters is played by a different actor. The trio of disparate sisters Joy, Trish and Helen, first incarnated by Jane Adams, Cynthia Stevenson and Lara Flynn Boyle, are now played by Shirley Henderson, Allison Janney and Ally Sheedy. Trish’s pedophiliac husband Bill has transformed from Dylan Baker into Ciarán Hinds, and Joy’s phone sex pervert husband is now played by Michael Kenneth Williams instead of Philip Seymour Hoffman. Even the dead-by-his-own-hand Andy shows up, now as Paul Reubens rather than Jon Lovitz.

Everyone’s trying to forget their past that we saw in the last film. Joy insists that her husband, Allen, has gotten over his problem, or is getting over his problem, or it doesn’t really matter. Trish is trying to move on with the schlubby but kind Harvey Wiener (Michael Lerner), and proceed with the fiction that her ex-husband is dead. That doesn’t stop youngest son Timmy (Dylan Riley Snyder) from discovering his father’s crime, nor does it prevent Bill from leaving prison and forcing himself back into his family’s life.

The film’s sunny, artificially cheery Florida setting replaces the dismal New Jersey surroundings of Happiness, but despair is nowhere near vanquished. One might wonder why we’d want to spend more time with this group of misfits, and ultimately, the film does feel less revealing and incisive than Happiness — more an interesting exercise than an essential epilogue.

And yet, there’s no denying the brilliance of Solondz’s dialogue. Here, nearly every scene simply features two characters speaking to each other, but the film never feels stagnant. He gets remarkable performances out of Reubens, Williams and Hinds in particular. A scene near the end of the film where Bill tracks down his now-college-aged son (Chris Marquette) in his dorm room to soothe his own conscience is absolutely gripping.

Whether the film as a whole feels entirely necessary or not, individual scenes like that one sure make a strong argument for Solondz’s immense talent. Here, he’s empathetic but uncompromising, wickedly funny but full of understanding.

The Blu-ray Disc
Life During Wartime is presented in 1080p high definition with an aspect ratio of 1.78:1. The film was shot digitally on the RED One, and the pristine image we get here presents the format perhaps the best I’ve ever seen it. Ed Lachman’s photography features super-saturated colors, with yellows, greens and blues possessing an otherworldly brightness that accurately captures the look of the film. Fine detail is strong throughout, only getting lost slightly in shadows or darker scenes, but overall, sharpness, clarity and image stability are pretty much perfect.

Audio is presented in a 5.1 DTS-HD Master Audio track that doesn’t do a lot of heavy lifting, considering the talky nature of the film. Still, it features excellent directionality when needed, with voices coming out of the fronts perfectly clean and clear.

Special Features
The must-see extra (or more accurately, must-listen) here is a 45-minute audio-only segment where Solondz answers questions sent in by viewers. He speaks forthrightly and smartly about all aspects of production of the film and his own personal aesthetics, and it’s a unique look at a truly idiosyncratic filmmaker.

Also excellent is a 30-minute piece that features new interviews with almost every lead actor (Henderson, Hinds, Janney, Lerner, Reubens, Sheedy and Williams are all represented), each talking about what it’s like to work with Solondz, as this was the first time for each of them. Williams hadn’t even heard of him before joining the film. Snippets of on-set footage are mixed in with the interviews.

The disc also features a short interview with DP Lachman about his visual choices, another interview section with him broken down into specific questions and a selected-scene commentary where he gives his thoughts on a handful of scenes.

The original theatrical trailer rounds out the disc. A booklet with an essay by critic David Sterritt is also included.

The Bottom Line
While not as bracing a film as Happiness, Life During Wartime feels more than superfluous thanks to Solondz’s gifts for writing dialogue and directing actors. It’s presented in an exceptional package here from Criterion.
Posted by Dusty at 1:47 AM