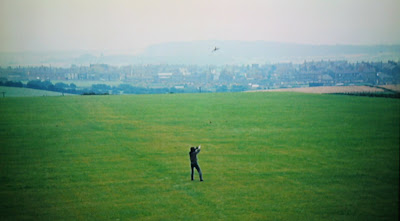 The Film
Ken Loach’s breakthrough feature Kes is a remarkable film that is effective both as sociopolitical critique and as a naturalistic coming-of-age tale. Loach brings together the frustrations of the disenfranchised working class with a storytelling grace that is absolutely captivating, and allows the film to transcend mere polemic.

On paper, the film seems to follow a template for a number of films where a character transcends his circumstances through a connection with an animal. After all, the film is about a constantly put-upon Yorkshire boy who momentarily escapes his hardscrabble existence by training a wild kestrel.

But Kes is no heartwarming boy-and-his-pet story — based on the book A Kestrel for a Knave by Barry Hines, Loach’s film is a gritty, hard-nosed look at a class of people whose social status will not improve. That said, it’s also slyly funny and quietly moving. Loach keeps his distance from the film’s characters with a sentimentality-free and unobtrusive camera style, but it’s impossible to miss his simultaneous empathy, especially for protagonist Billy Casper (David Bradley).

Billy is on the bottom rung of a social stratus that’s at the bottom of the ladder itself. A scrawny 15-year-old, Billy is bullied by classmates, harangued by teachers, ridiculed for his lack of athletic ability and treated like dirt by his employer. Things aren’t much better at home, where his bitter coal miner brother Jud (Freddie Fletcher) has nothing but loathing for him and his indifferent mother (Lynne Perrie) couldn’t care less.

Billy’s only ambition is not to end up in the coal mines like his brother and long-gone father. It’s the best future his existence allows him to hope for. Loach doesn’t frame Billy himself as any kind of saint though — he steals, bullies those smaller than him and generally behaves in a manner forged by cycles of poverty and neglect.

Some hope comes in the form of a kestrel falcon that Billy finds nesting in nearby ruins. The discovery ignites a previously unseen drive in him, and with a stolen book about falconry, he begins to learn how to train the bird. Sequences where he flies the bird and coaxes it to his arm are beautifully realized — Loach doesn’t emotionally underline them at all, allowing the simple euphoria of Billy’s connection with another creature to speak for itself. 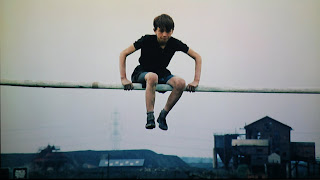 Loach uses mostly nonprofessional actors to help retain a naturalistic sense, and nowhere is he more successful in this than with Bradley, who gives one of the greatest performances of a child actor on screen ever. An actual student at the school where the film was shot, he was chosen from the first group of students Loach saw, and his grubby charisma and wholly un-self-conscious manner is perfect for the role. Colin Welland is the only professional actor in the film, and as the one teacher who treats Billy with respect, he slips into the realistic world of the film with ease.

Kes was selected by the British Film Institute as the seventh best British film of the century, and its reputation is more than deserved. It’s a must-see.

The Blu-ray Disc
Kes is presented in 1080p high definition with an aspect ratio of 1.66:1. This release represents a major restoration of the film, accomplished using both the original 35mm camera negative and a 35mm color reversal internegative. The film looks markedly different than any previous home video release, with deeply saturated colors and a grittier look that makes previous editions seem quite faded. The transfer is superb, leaving grain intact and clearly presenting a film that was made cheaply and fairly quickly in the late 1960s, but so cleanly, it seems that the print was almost never used. Damage is almost completely eradicated; only one early shot in almost complete darkness shows a fair amount of scratches and heavy noise. Otherwise, the image is full of richly rendered detail and looks just superb.

Audio is presented in an uncompressed monaural mix of the film’s original production soundtrack. An alternate track featuring some scenes dubbed for greater clarity has accompanied most home video releases, and is also included here. The original track is quite clean and natural sounding, with the feel of being recorded on location very much intact. Most American viewers will likely have trouble with the heavy Yorkshire accents in a number of scenes though. The alternate track helps alleviate this somewhat, but the tinny and artificial dubbing is less than ideal. Unfortunately, Criterion has not included subtitles on this release (mostly common practice for their releases in English), so prepare to strain your ears and probably just miss some of the dialogue. 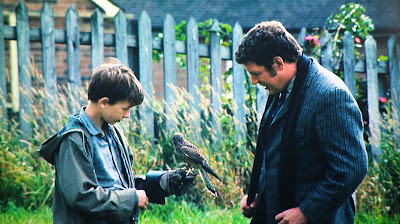 Special Features
A great slate of extras accompany this release, with the most essential being Cathy Come Home, a 1966 television feature for BBC program The Wednesday Play, which Loach directed 10 films for. Like many of those films, Cathy Come Home is focused on critiquing a British social crisis, and its tale of a woman who loses her husband and children in the midst of homelessness details the housing problems of the era. It’s a film that’s intended to raise awareness, so its didactic elements are really at the forefront, but its experimental, French New Wave-inspired editing and relentless verité sensibilities make it a thrilling and heartrending document. A video afterword by Graham Fuller accompanies the film.

Also essential is a 45-minute making-of, which includes new interviews with Loach, Bradley, DP Chris Menges and longtime Loach collaborator and producer Tony Garnett. Each one has vivid memories of production, and the featurette traces the film’s humble beginnings to its eventual critical acclaim.

A 1993 profile of Loach’s career for the British program The Southbank Show traces his work up to that point, and provides a solid overview of his filmography. The theatrical trailer is also included. A booklet with an essay by Fuller sees him covering some of the same ground as in the video piece, as well as providing a comprehensive look at Loach’s work.

The Bottom Line
Kes is a landmark in British cinema, and this fantastic Criterion edition is all the more reason to visit or revisit the film.
Posted by Dusty at 5:49 PM