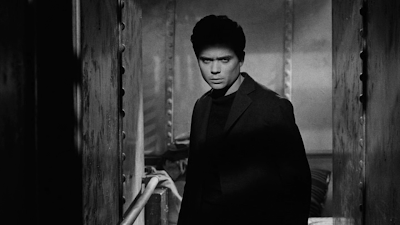 Films don’t come much more personal than Elia Kazan’s America America, a nearly three-hour saga about the immigrant experience that’s unwavering in its intensity. Based on the life of Kazan’s uncle, the film opens with Kazan himself intoning the words: “I am a Greek by blood, a Turk by birth, and an American because my uncle made a journey.” Kazan’s script and Haskell Wexler’s photography give the compelling story a tangible sense of importance, as if every scene is a vital step on a momentous journey.

The film, which won an Oscar for its art direction and was nominated for best screenplay, best director and best picture, wasn’t available on DVD in this country for many years. A box set of 15 Kazan films that was released in November remedied the situation, and now that disc is finally available as a standalone release from Warner. America America stands alongside On the Waterfront and A Streetcar Named Desire as Kazan masterpieces.

The virtually unknown-at-the-time Stathis Giallelis stars as Stavros Topouzoglou, a Greek youth living under Turkish oppression in the 1890s. He dreams of making it to America and finding opportunity there, but the road ahead of him is a discouraging one.

Turkish violence helps convince Stavros’s father to send him to Constantinople with virtually all of the family’s treasures to establish a home for the family, who will meet him there later. His coming is supposed to inject a shot in the arm to the carpet business of his father’s cousin Issac (Harry Davis), but Stavros is taken advantage of on his journey there and arrives destitute.

It’s a condition that will plague him over many years, as he drifts between marginal employment and homelessness, with only his dream of making it to America to sustain him. He is urged repeatedly to find a wealthy, plain-looking girl to marry in order to improve his financial status, but even after acquiescing to that course of events, he stubbornly holds onto his original plan.

Giallelis is a commanding screen presence, with deep, penetrating eyes and a prominent brow that corresponds to his unrelenting tenacity. Wexler’s camera clearly loves his expressive face, and the simultaneous heartbreak and fortitude that he continuously displays gives the film enormous emotional pull in the midst of his many setbacks.

Kazan directs a film where obstacles seem to give way only to more obstacles, but creates hope rather than despair out of the circumstances. The film’s final moments — Stavros’s first glimpses of his new home — are truly inspiring cinema, and it’s about time the film received a higher profile among Kazan’s work and American film in general.

The Warner DVD presents in the film in a sharp, minimally damaged transfer that gives great texture to Wexler’s rich, high-contrast black-and-white images. The only special feature is an audio commentary by author and film historian Foster Hirsch.
Posted by Dusty at 8:40 PM