People on Sunday — The Criterion Collection 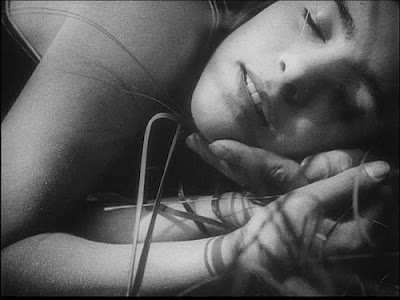 The Film
When a cadre of youthful Germans — almost all of them under 30 — made a modest silent film in 1930, probably no one could have anticipated their eventual success in Hollywood. Directors Robert Siodmak and Edgar G. Ulmer would make striking film noirs like The Killers and Detour, camera assistant Fred Zinnemann would win four Oscars, cinematographer Eugen Schüfftan would photograph numerous classics, including The Hustler, and screenwriter Billy Wilder (then known as Billie) would become one of the most acclaimed comedic and dramatic filmmakers in all of American film history.

But even if its creators didn’t go on to fame, People on Sunday would still be a remarkable, utterly delightful film. Blending Vertov-style documentary, naturalistic fiction, and sensibilities that presage both Italian Neorealism and the French New Wave, the film tells the tale of five young Berlin urbanites extracting every bit of pleasure they can out of their day off.

The filmmakers cast only non-professionals, and the five leads retain their names and actual occupations. Erwin Splettstösser is a taxi driver, Wolfgang von Waltershausen is a wine salesman (and erstwhile gigolo), Christl Ehlers is a film extra, Annie Schreyer is a model and Brigitte Borchert works in a record shop. The film’s prologue on Saturday shows Wolfgang and Christl meeting by chance on a busy street, and the two plan a Sunday outing with Erwin and Annie, who live together.

When Sunday comes, Annie oversleeps, but Christl brings her friend Brigitte along, keeping the numbers even. Wolfgang shamelessly flirts with both, turning his attention more directly to Brigitte after Christl rejects his advances. The four enjoy a day of lounging at the Wannsee beach, eat a picnic lunch, take a ride in a pedal boat and try not to think about the impending Monday. Interspersed with the fiction is documentary footage that allows us a fascinating glance at pre-war Germany and the hordes of city-dwellers relishing the same kinds of leisure that our protagonists are.

The film couldn’t be simpler on a narrative level, but its construction is lively and elegant, transitioning smoothly between its fiction and non-fiction elements and employing a structural playfulness that looks back at Soviet montage and forward to the French New Wave. One of the best such moments features a beach photographer taking photos — the film revels in the glorious close-ups of its subjects and then cuts them together with a fast-paced energy.

It really can’t be emphasized enough how much of a delight it is to watch People on Sunday. The mood is buoyant, but laced with a hint of underlying cynicism, the camerawork graceful and accomplished, the performances unassuming. It’s an auspicious, if ultimately atypical, work from a collaborative group of future filmmaking stars.

The Blu-ray Disc
People on Sunday is presented in 1080i high definition with an aspect ratio of 1.33:1. This marks the first time Criterion has opted for an interlaced high definition transfer, and the decision seems to stem from the film’s frame rate of 22 frames per second, which is optimally presented in 1080i. Whatever the case, viewers are going to have a hard time finding a reason to complain about this transfer, which is just fantastic. The film’s original print was lost (and the surviving 73-minute cut is missing about eight minutes) and what is presented here had to be assembled from more than five different sources of varying quality. You’d never know it, as the transfer is strikingly consistent with superb sharpness and clarity in nearly every shot. Many of the close-ups are astonishing in their fine detail and clarity. Grayscale separation is excellent, with inky blacks and bright whites on both ends of the spectrum. There’s some print damage, but it’s mostly relegated to speckling and a few scratches here and there. The restoration of the film is quite remarkable, and its transfer here is just about perfect.

Audio options include a silent-era-style score by the Mont Alto Orchestra recorded this year and a 2000 track from the Czech Film Orchestra that takes a more modern approach. Both are presented in lossless stereo tracks.

Special Features
A 30-minute documentary about the making of the film, directed by Gerald Koll in 2000, is an information-packed and highly engaging roundup of the film’s production history and the eventual fates of its cast and crew. Interviews with star Brigitte Borchert, writer Curt Siodmak and film restoration supervisor Martin Koerber are included in the piece.

Also on the disc is Ins Blaue hinein, a 36-minute short film directed by cinematographer Eugen Schüfftan, who, it should be noted, also designed the stunning special effects in Metropolis. The film features a similarly simple narrative and visual style to People on Sunday, but it’s a sound film rather than a silent.

Also included in the package is a booklet with an essay by scholar Noah Isenberg and reprints from Billy Wilder and Robert Siodmak, who recall the production history in different ways.

The Bottom Line
People on Sunday certainly sounds interesting from an academic standpoint, but it’s also a totally enchanting film experience — a quality that will likely catch a number of viewers by surprise.
Posted by Dusty at 12:35 PM