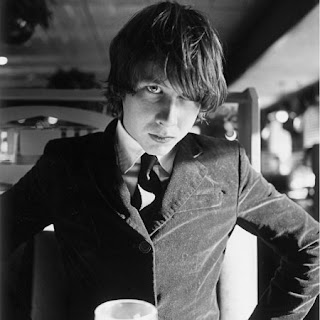 Singer-songwriter Ben Kweller has been making music since he was 12, first performing with the band Radish, and later building a solo career that has seen four full-length albums released.

The Daily’s Dusty Somers spoke to Kweller about his musical sensibilities and his optimistic outlook.

Q: How’s the process of recording the new record going?
A: I’ve been in the studio for about two months. I have three lead vocals to sing and a few guitar parts to lay down, and then we’ll start mixing — probably about three more weeks of work. I’m getting so excited about it. It’s really shaping up.

Q: What’s the concept behind the new record?
A: It’s called “Go Fly a Kite.” It’s kind of [makes you think of] “Go fuck yourself,” I guess. [laughing] It’s really electric — a lot of electric guitars and pianos and acoustic guitars and harmonies. It’s like a lot of electricity in the music. It’s upbeat, uptempo. But it deals with some darker stuff. Some of the songs I wrote as I was leaving New York three years ago. One of my best friends got this new girlfriend who just didn’t want him to have anything to do with any of his friends or anybody that had loved him before her. So there’s a song called “Jealous Girl” and “Gossip.” It’s pretty fiery. But there’s still my optimistic outlook throughout the record.

Q: What about the alt-country sound you explored on your last album, “Changing Horses?” Are you moving away from that here?
A: It always depends on what songs I write. That stuff’s always in me. All these different types of music live in me, and sometimes they choose to come out and sometimes they don’t. On “Go Fly a Kite,” there [are] a few songs that have definitely a rootsy element. I think fans that discover me through “Changing Horses” will still be able to get me through this record and find something that they’ll dig. In particular, there’s a song called “Full Circle” and one called “I Miss You.”

Q: Where do you see yourself on the spectrum between pop and country/Americana music?
A: I approach all my songwriting the same, in a lot of ways. I’m such a fan of hooks and melody and just old-fashioned songcraft. I love a catchy chorus. What makes it country or blues or punk rock or whatever is really just kind of [the] presentation. You could re-record “Changing Horses” as a piano-pop record. It would just be a different attitude. It’s whatever vibe I’m wanting to work with that day.

Q: Do you ever feel like an old pro at this? You’re not even 30, but you’ve been making music for a long time.
A: I know, I know. I do. I feel like I’ve been around as long as I have and I know what I like and I know what I don’t like. I know what I want to achieve. Experience, there’s something really cool about it. But there’s also something really cool about not knowing what the fuck you’re doing too, like when I was 18, moving to New York. I didn’t know anybody and just had raw passion. I know what I’m doing at this point. But I’m also a father; I have two boys and I have family to support. It’s definitely a family business. We tour together as much as possible. My wife’s really involved.

Q: Is it hard to maintain that youthful spontaneity and optimism because you’ve been doing this so long?
A: I know what you’re saying. I find myself asking myself more these days, “I wonder why I’m not really jaded?” Even today, I was hopping in the car and I was about to run some errands and I was just thinking about all that and thinking about my outlook on life and everything. You know, I have a lot to be thankful for. I would never want to take anything for granted. That’s really important: to remember the important things in life and not take life too seriously because it can be over in the blink of an eye.

Q: You’ve played at OU three times in the last five years. Any specific memories or thoughts about playing in Oklahoma?
A: Oklahoma is a fun time for me. As a Texan, when I first started playing music and started traveling regionally, Oklahoma and Arkansas are the first states you go outside of Texas. Some of my first shows outside of Texas were in Oklahoma. I have some good friends there — the whole Followill family, all the Kings of Leon.

Q: Will you play any songs from the new record at the show?
A: You know, I kind of stopped doing that. I used to write a song and put it on stage that night. But once I got privy to the way this music business works and how it takes so long for records to come out. I know when my new record comes out, I’m going to be on the road for two years, so I don’t really want to get sick of [the new songs] now. I want to keep it fresh.
Posted by Dusty at 8:55 PM

Labels: Q and As